We are just 2 days away!  I spent this morning getting the “kitten room“ ready for Lucky’s recovery. Corral is set up. All potential climbing areas are blocked. There’s room for a mat for me to sleep on so I can be right there if needed. 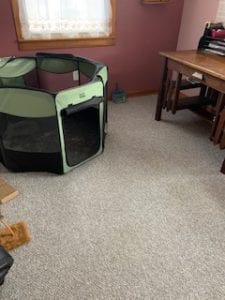 Surgery is now almost a week away.  I’ve begun to really try to get the logistics of Lucky’s recovery area firmed up.  There’s so much to remove from his room so he isn’t tempted to try to climb.  I’ll keep you posted as to our progress.

Lucky is now 6 months old. My husband Doug found him at the farm where he picks up milk. He was in bad shape when we brought him home at about 4 weeks old. Lucky had a very bad eye infection and  was missing his back left paw (we don’t know what happened with it). 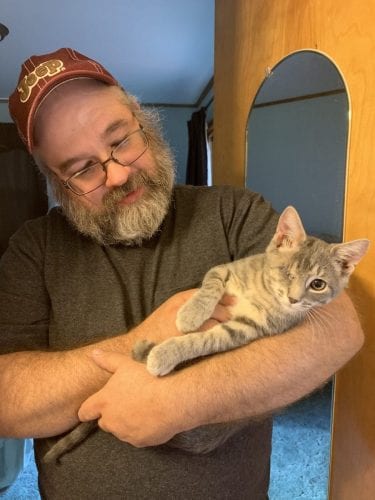 For the first 6 weeks that we had him  all efforts and care were focused on his eye. Lots of trips to the eye specialist- he loved  going there as he had many “girlfriends” technicians and the doctor was super great!! There were drops and drops and more drops for what seemed like forever. Unfortunately despite all the drops his eye burst!  In mid September we had the eye removed which was still infected and blind and that was the end of that!!

When we adopted Lucky, we were forwarned that the stump  would probably need to be removed.He was seen by 2 vets at our clinic and both advised us to remove it.   I did a lot of research (especially on Tripawds.com) and formulated 3-4 pages of questions for our vet.  I took Lucky to a local medical hospital to see a specialist.  He didn’t feel that Lucky was in any pain.  I disagree with him. He is constantly trying to pull the stump into his body as far as it will go.  He also has hurt it several times causing him to roll around on the floor, try to walk on front paws only, growling and crying.  At first his surgery was scheduled in November but we decided to put it off until he was a bit older and could handle pain meds better.  In the meantime he has broken open the end of the stump which was both vets’ concern due to the possibility of infection. 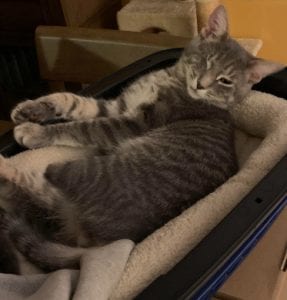 So here we are just 2 weeks from surgery.  I’m rereading everything and trying to make plans for the physical area for him to recover in. 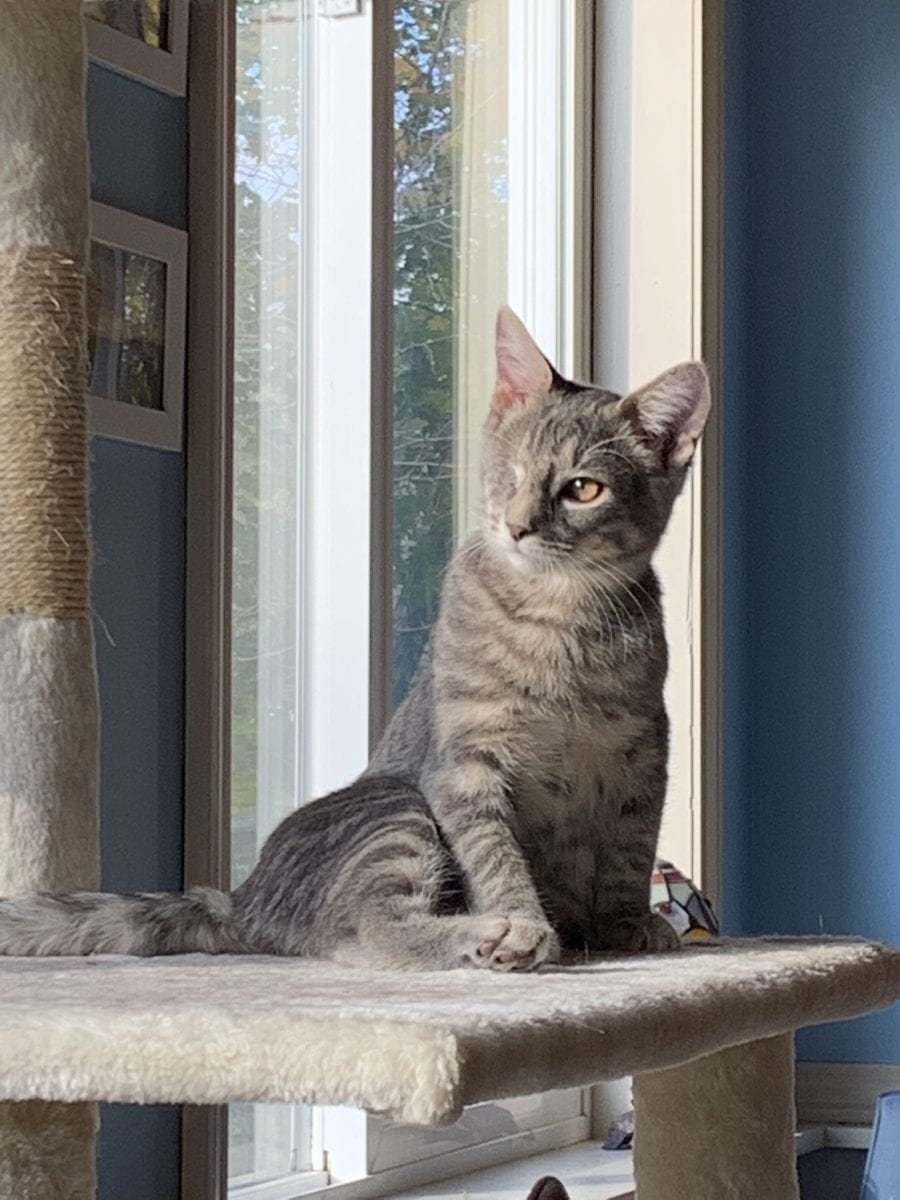